Gosh this has taken me a while to write. Nothing to do with the great event that was the NAF Hartpury International Horse Trials but more to do with me.

Those that follow the blog or know me will know that I’ve got a few health issues going on. The most recent development was an episode of atrial fibrillation. This is when the atriums, chambers in the heart, start to ‘flutter’. My heart rate was 192! The GP did an ECG and the I was started on heart meds whilst waiting for a cardiologist appointment. Apparently, he’s never seen it in someone so young-great.

Then last week I had to go back up to London for the Methotrexate clinic. Medication that will hopefully get my immune conditions under control and get me off prednisolone. Prednisolone is not fun to be on. The shakes, the need to wee all the time and the bloating. Such a delight. The downside of the Methotrexate means that I have to have weekly bloods. So, I’m writing this as I am on the train to London for yet another appointment, and more expense.

To be fair having written this all down and read it back it’s no wonder I’m in a meh moment. Zero energy and enthusiasm. Which is very unlike me, especially when it comes to horses and photography! I decided to just do the one day at Hartpury. We really needed to unpack and the weather wasn’t great either. So, I got up early and set off. What started off as a pleasant drive soon turned to a stressful one. With a road closure and the Sat Nav going off on a bender. I landed in the car park 5 minutes before Alex was due to set off so I played it safe. Sticking with the start and finish meant I got a few jumps and also the nice behind the scenes pictures that everyone likes. Now normally I’d go and walk the course and have a look at all the fences and select the ones I wanted to snap. I just wasn’t feeling it. It was, and still is, taking all my energy to be happy and polite. All I wanted to do was sit in a corner and feel sorry for myself.

No time for that though! The next horse of Alex’s was due in an hour or so. I stayed and chatted to Simmone and the girls, who are so lovely they never fail to cheer me up. After a while I went to go and have a look at another fence. Jo, Alex’s dad suggested the triple rail would be good as the horses were making a nice shape over it. I stuck with that one as indeed they were making a great shape. The lighting wasn’t perfect and the ambulance was a bit off putting but there were also no other photographers. I cannot see the point of 10 people photographing the same fence. No matter how pretty it is. What benefit does that have to the owners, the riders or the fence sponsors? So, I also try and go else where and get something different. This does mean I often skip the most ‘impressive’ fence but if the official tog is there then surely, it’s common courtesy not to be there too? 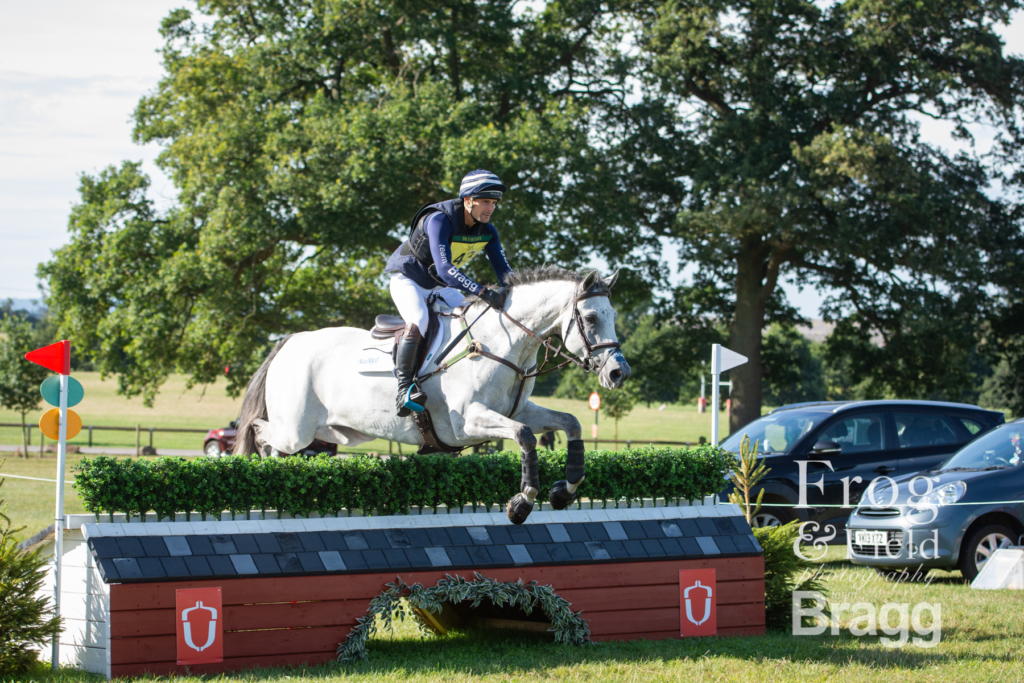 Both of Alex’s horses stormed round the Cross-Country. Joey the grey is also so handsome! I fell in love with him there and then. He is stunning looking. Quindiva made me chuckle. She kept licking her nose to catch the water whilst she was being washed off. Consequently, the pictures of her are quite amusing. Unfortunately, the pair of them had done their dressage in the torrential rain on the Friday. So, their dressage scores weren’t what they could have been. Still they’d both done nice tests and just nailed the 1* Cross Country. Plenty to look forward too with these two. 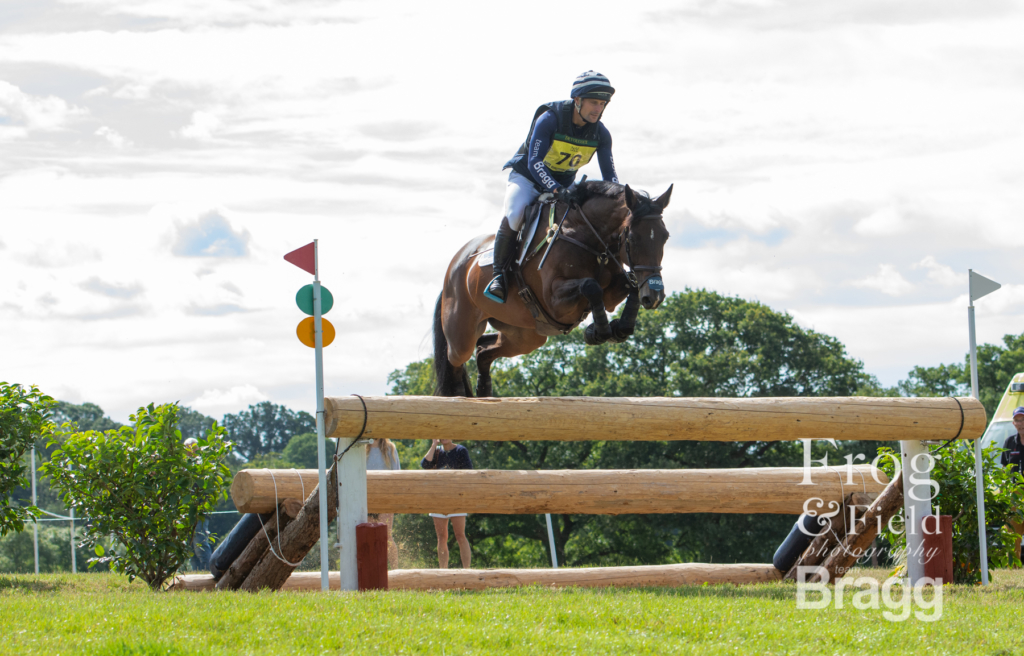 NAF Hartpury International Horse Trials: All the gear and the idea

Anyways a little bit about Hartpury. I’d only ever been for the nationals before today but I already knew there was the lovely outside school. Which didn’t disappoint with it’s beautiful show jumps all up. The cross country is across the driveway and over the rugby fields. It had the best going of all season! Probably helped by the rain that we had that week. Lush green grass and ground with actual give in it. They’d put on a great event. Huge fans were in an under-cover area in case the heat wave had continued. Loads of washing stations and a massive warm up and cool down area. It was really lovely and I’m sure the riders appreciated it. The fences were pretty and colourful with lots of photo opportunities. 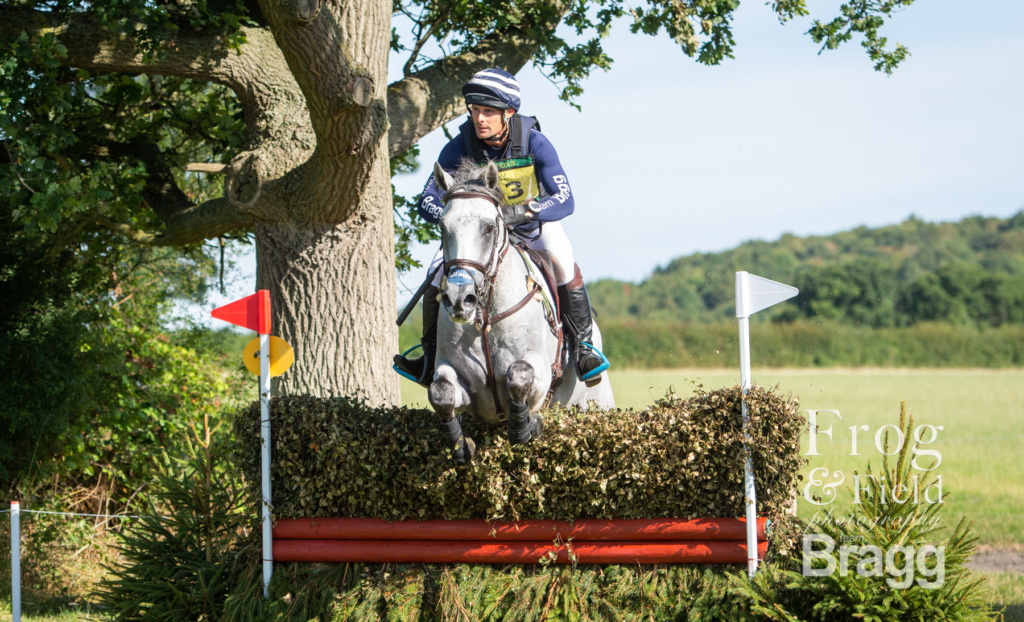 Heading back to the main arena there were plenty of stands and the Crew Outlet tent was very popular! I grabbed a couple of bargains there…well it would be rude not too. My second favourite ice cream man was there too, another treat for me. Rhubarb and custard ice cream…delish! I mean it was cold and about to rain but I had shorts on and I’m not ready for summer to be over. We went back to the lorry and counted down till it was time for Alex and Zagreb to jump. Now it was no secret that there were eyes on Alex. The WEG selection was in progress and everyone on the list was being watched. Alex had done a cracking dressage the day before and was sat in second place before the show jumping.  Zagreb is great jumper and the show jumping was on a surface, so all good. We were hoping for another ‘Jardy’

So, we thought. Zagreb had an uncharacteristic pole down and my heart sank. Then came a second pole and with that all our dreams of WEG came down with it. As Alex rode out I could tell he was gutted. Such a shame but horses are not machines. We say it over and over again. We all make errors, take a wrong turn or forget to do something and horses are the same. The birthday celebrations we had planned suddenly lost their sparkle and it was a very quiet lunch time back at the lorry. Alex didn’t even want to do any videos and instead took himself off to walk the course. There’s not really anything anyone can say when you feel like that. 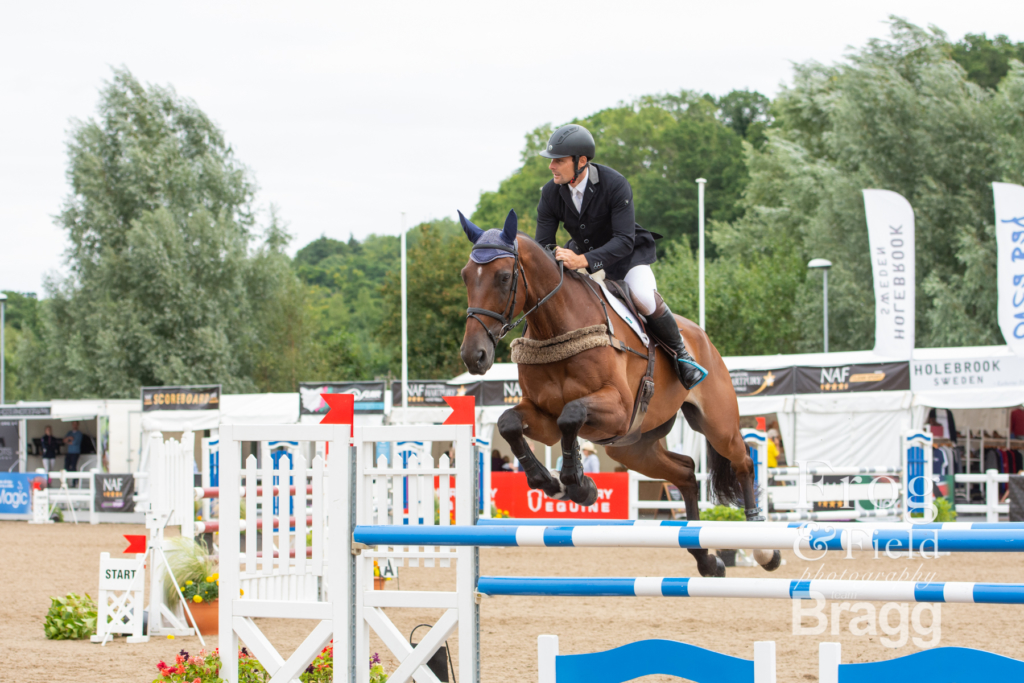 You beat yourself up and question everything you did but sometimes these things are out of our hands.

I’m not going to lie the next few hours were a bit slow. We didn’t really know what to say or do. In that situation I guess there isn’t much to say. So eventually it was time for Zagreb to go XC and Alex went with the intention of making use of the good ground. With Burghley in mind it would be a good fitness exercise. Again, I wasn’t really feeling it and hung out at the start box. I tried to venture into the woods but the light was rubbish. He did a beautiful clear round and made the course look effortless. All in good time too. Alex had more of a smile on his after his round which was lovely to see. I made my quick goodbyes and headed home. Another ball ache of a journey and when I got back I was so disappointed with myself. 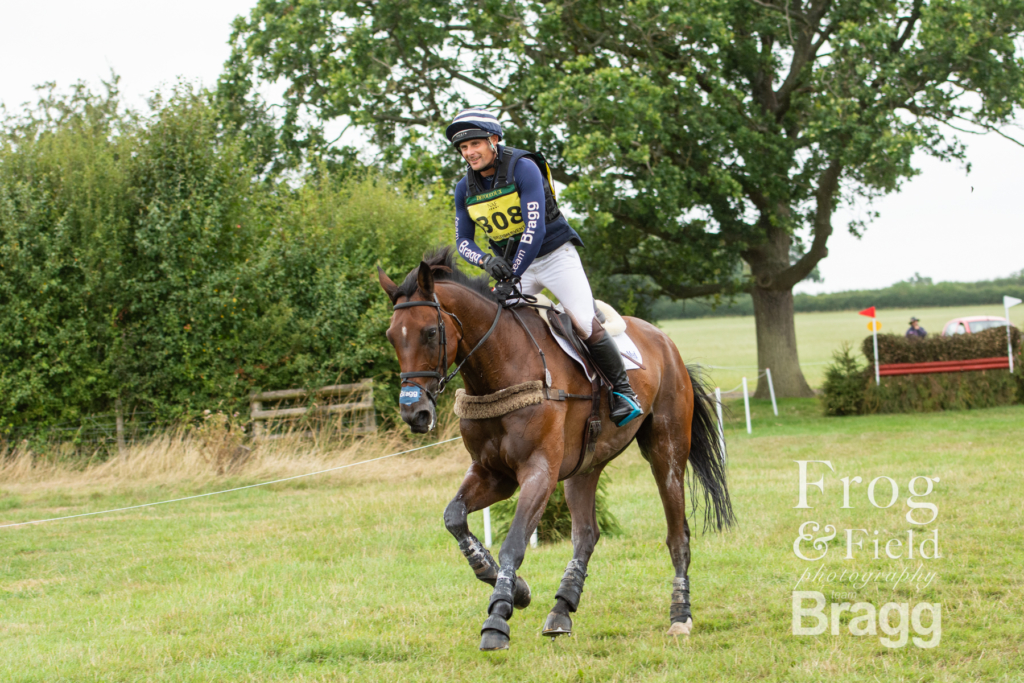 I didn’t make the most of the spectacular setting and I could tell I wasn’t on form. I’ve given myself a stern talking too and factored in some weekends off to re-charge. I need to get my mojo back as there are a couple of biggies still to come. Hopefully we will all be on better form for the next event! 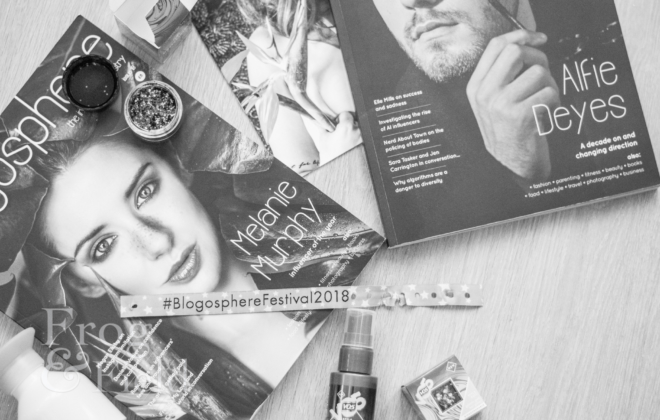