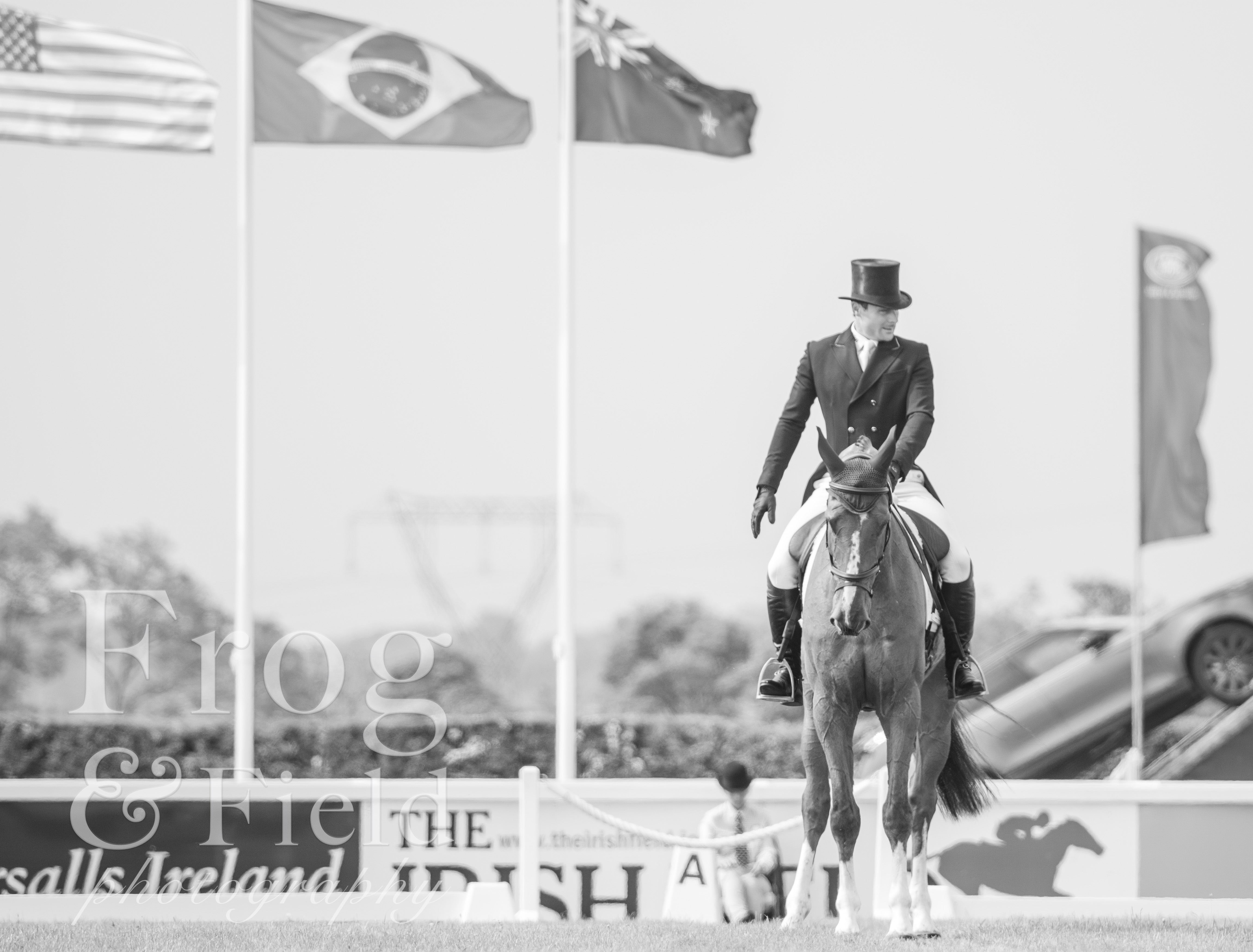 Ok folks it’s the blog post you’ve all been waiting for, Tattersalls 2018.

Tattersalls International Horse Trials is held in Ratoath, Ireland and so it requires a little more planning on my part. It had all gone so well. I’d arrived at the airport in excellent time, flew through security. Which always stresses me out as I worry about the cameras etc. There I was having a lovely G&T when I noticed a huge crowd around the information desk……My flight was cancelled. Due to the storm, they had to cut flights, mine was of them. Now because it was also due to weather there was the added bonus of ZERO compensation. So, bye-bye a day of Annual leave from the Vet Nursing world and hello huge massive pain in the butt. Long story short we then had a horrendous journey on the M25 only to get back in the car after less than 10 hours at home.

Second time lucky I landed safely in the Emerald Isle, and after the pretty terrible start to the trip it finally came right. My hire car was at the airport rather than being on a bus ride away. It was the start of a fabulous day!

Alex happened to be walking Barry back from some morning work and I have to say I recognised Barry first- there’s just something about that freckled nose. Alex couldn’t have been friendlier and we chatted (I chewed his ear off) the way back the stables. There I found Percy being plaited for the trot up and I had to give him a snog. I just love his cheeky face.

Time flew by with us gassing and horses being titivated and it was ‘jog’ time. For anyone who doesn’t know this is the first horse inspection, horses are checked to make sure they are sound and ready to embark on the next few days. Barry and Percy sailed through. Percy believing that everyone was there to see him and adding a little squeal for extra effect. Honestly, he’s such a poser! Barry’s a little more of an introvert and just quietly gets on with his job. 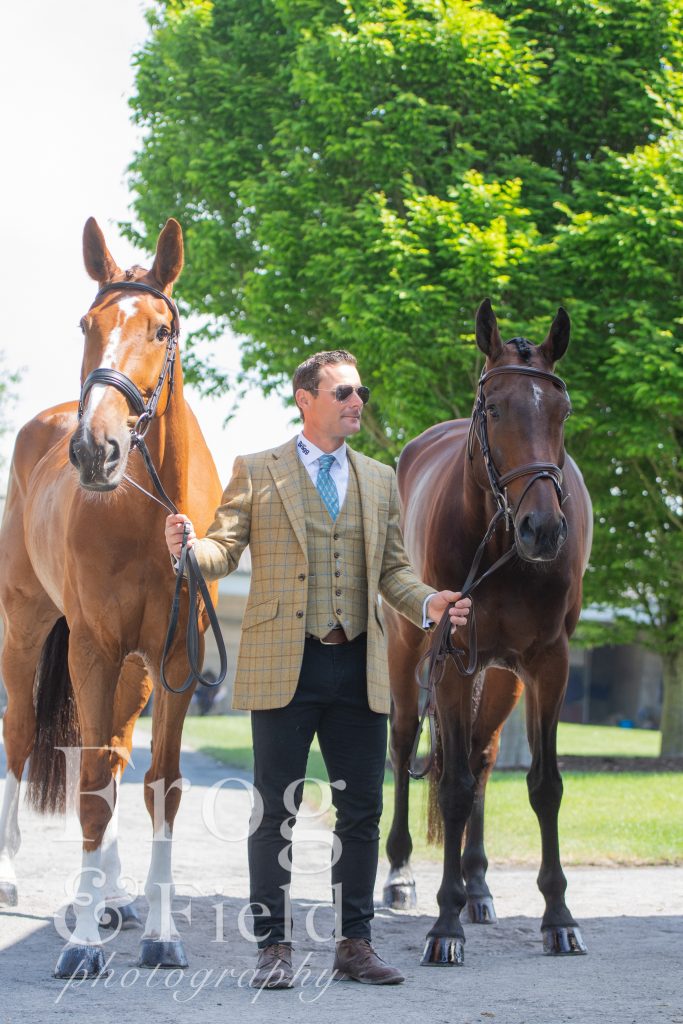 Both the boys looked good despite the long journey and after a course walk of the 1 and 2 Star course.  I clocked up over 20,000 steps doing that, nearly ended up in a ditch and lsot £20 euros but it was worth it! After the course walk it was time for some arena familiarisation.

Percy couldn’t care less and just hoovered his way around the arena, still thinking everyone had turned up to see him, partly true but we won’t tell him that. Barry took it all in and proudly marched around the area. He’s got such lovely movement I can’t wait to see his dressage test. After than it was back to the hotel and a large glass of wine before charging the camera for the first day of dressage the following day. 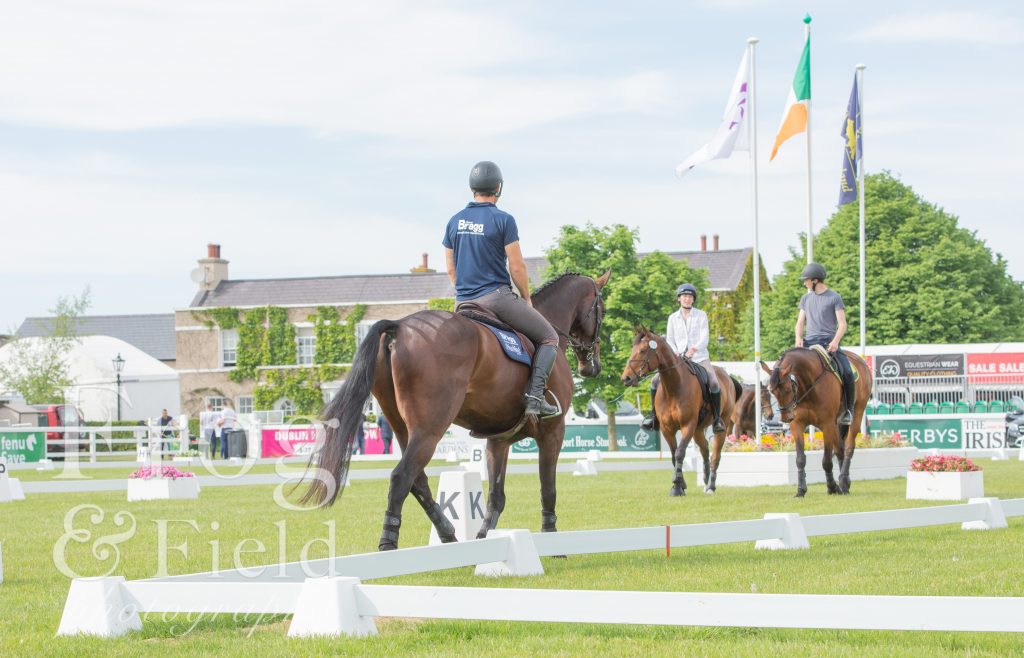 The following morning saw our gorgeous Barrichello complete his dressage test. Before any of that happened, I went over to the stables and helped get him ready for his big moment. He was slightly baffled by the bubbles from his gleaming white socks but was a super star. Heather, his groom, does a fantastic job with him and the horses have been turned out to perfection every day. I really enjoyed helping with the horses and I guess once a groom always a groom! 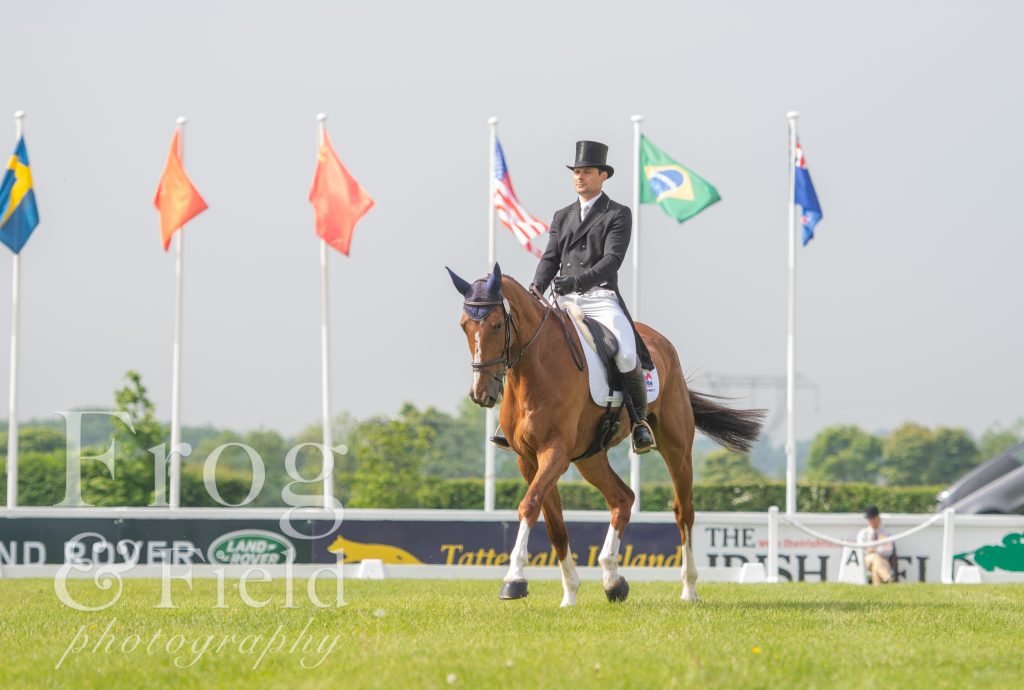 So back to the dressage. Being an international it was in the big/atmospheric/spooky arena -pick the word appropriate to your horse. Now Barry is a big chap that looks like he can take on the world but he a sensitive soul who needs his hand (hoof) held on occasion. Alex did just that and together they produced a lovely test with some amazing trot work and a pretty substantial canter too. This left them on a score of 30.5 and a pretty good spot ready for the cross-country Saturday. Alex was over the moon with him, having only had him for less than 4 months to produce such a lovely and consistent test is testament to Alex’s riding. You don’t get an 8.5 on your riding for nothing.

After sorting Barry out with a well-earned bath it was then time to get Percy out. To give them a change of scenery we headed over to Fairytown Racecourse. Percy had his mate Cooga with him and together they had a rather jolly trot and canter round. I couldn’t keep up sadly but I did get some lovely pics of them both. Back to the lorry for a spot of lunch and a breather, although Alex never stops! 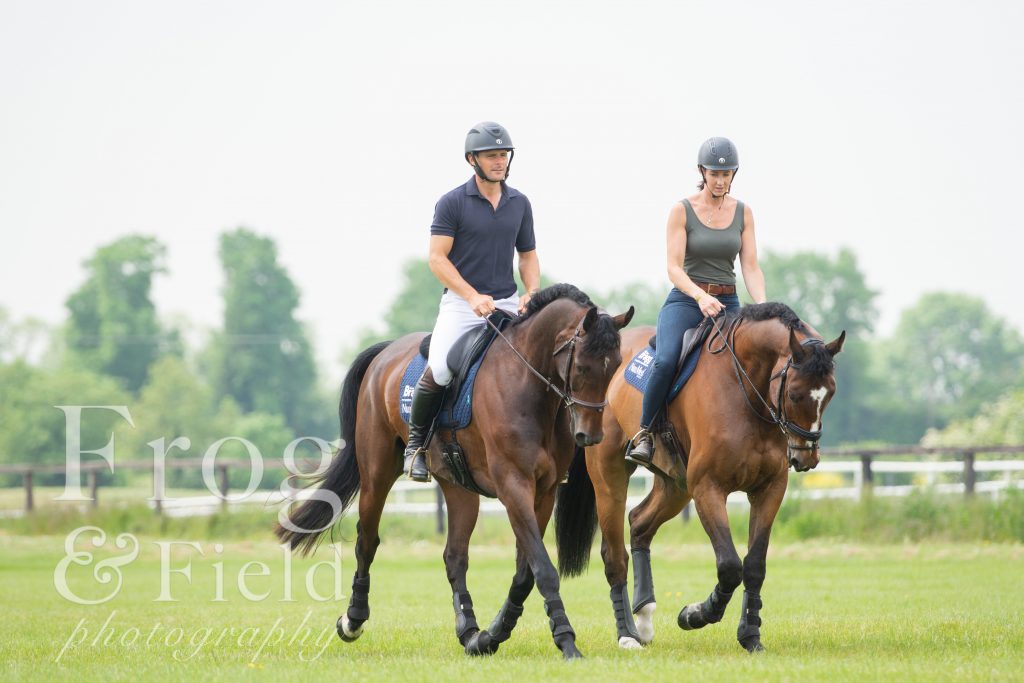 After some lunch Barry went for a pick of grass and a leg stretch and then Percy and Alex had a run through of the dressage test. All I say is Percy looks incredible. I think he feels it too. He had a jaunty walk about still with his look at me face. I also sneakily got some pics of Mrs Bragg who I think Percy may be a little in love with! 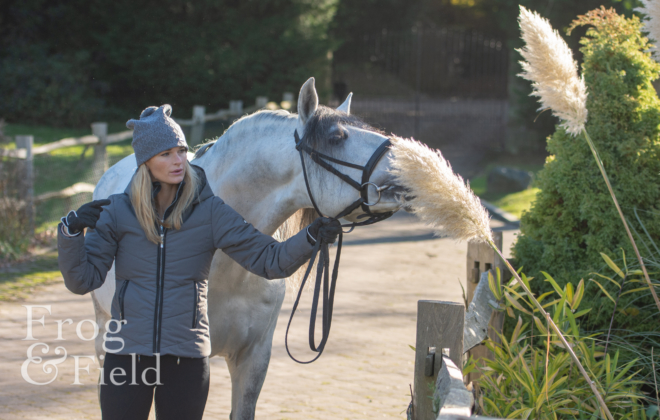 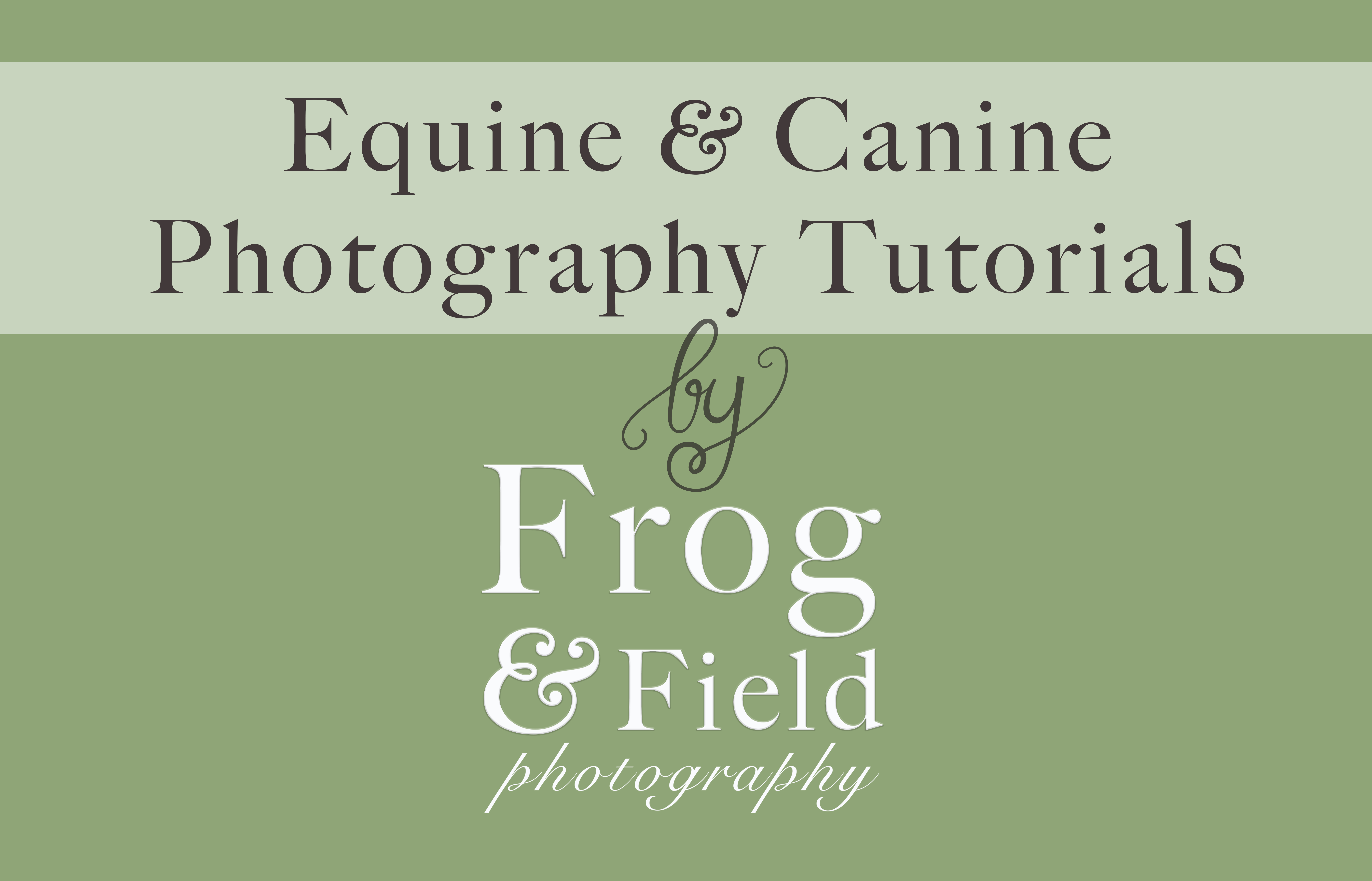