My first day visiting the Royal International Horse Show (RIHS) didn’t get off to the best start. Luckily I just managed to get there for the MS Amlin Eventer’s Challenge For those of you that don’t know I suffer from an Immune Condition, basically my body attacks itself. I had been in remission for a number of years but sadly it’s reared its ugly head. Meaning another referral up to Guys and St Thomas’s in London.

They always run late, sadly they are under pressure and have a very long wait list with short appointments times. After an hour delay I was eventually seen. The consultant was lovely but the therapy recommended meant I needed X-rays and bloods. All these things take time. So, three hours later I was walking as fast as I could back to the train station. I told myself it was fine, I’d get home at 2 and then grab the car and head straight to Hickstead. The train was delayed and I eventually was on the road at half 2. Meaning I ran into the press office just before the MS Amlin Eventer’s Challenge started. I hate doing that! I love mingling and checking out everything. Oh well, sometimes these things can’t be helped. 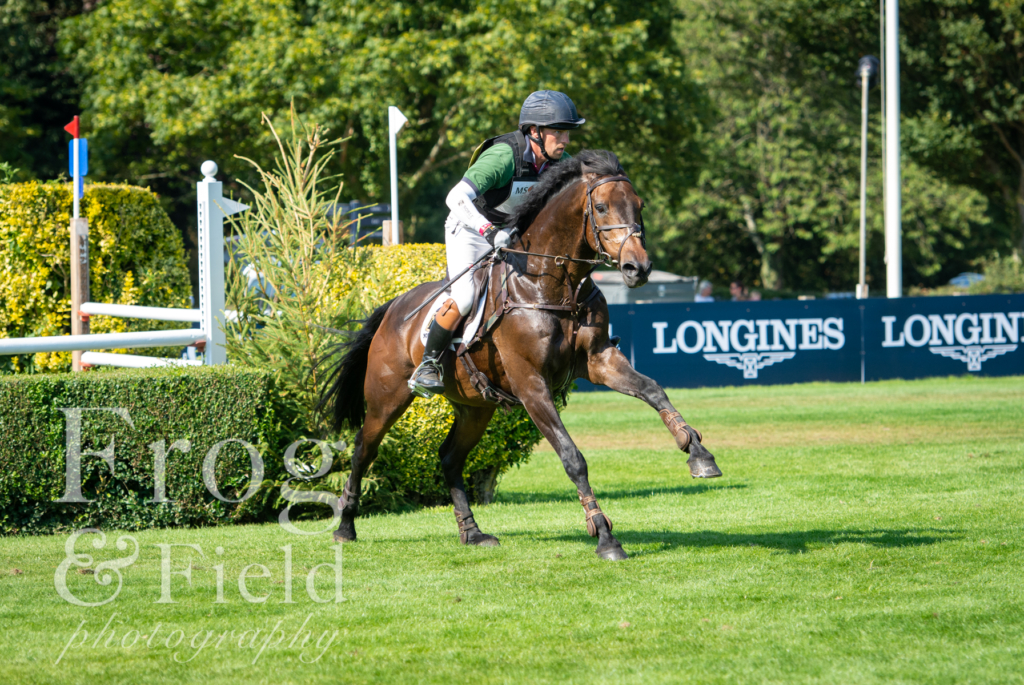 The other photographer’s and I were milling around in the arena. It’s always interesting watching where everyone goes and the spots they pick. The rules were simple, don’t wander around and don’t get in each other’s way. The course was tricky to photograph. Normally I like to get the last but that would have been the only fence I could have got. So, I stuck with Suzie from Spidge, she’s always lovely and when I first started was one of the friendliest out there. We had a good spot and could get a few but the blazing sun was another factor. It meant we gave up on one fence as there was too much haze. Frustrating and once you’ve picked your spot it’s frowned on to move, I actually think I’d have got in trouble for sprinting across. 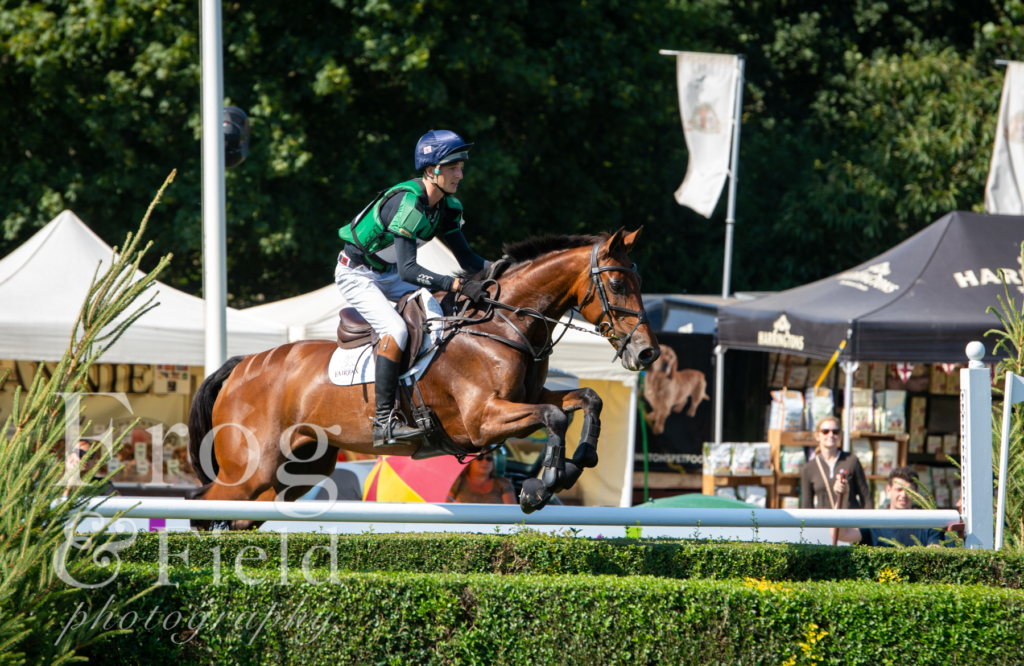 I loved watching this event last year and it’s one of the few events my hubby gets really into too. I loved the speed and the sheer balls these guys have, flying over both the Hickstead Bank and the Irish Bank. Paul Tapner flew round last year and it was all eyes on him to see if he could do the double.

As normal there were the normal thrills and spills, although not quite as spectacular as last year’s where one rider completed most of her round with a fully inflated air jacket! The gate had its usual victims. Not surprising as it’s quite a tricky upright and it’s only fence number 2. Still there were clear rounds, Tom Jackson, a local rider set the fasted clear round and hung onto it for a while. Gemma Tattersall also put in a cracking clear round and her horse looked like it was really enjoying itself! Most of the horses made light work of the Irish Bank but there were a few hesitations and one unplanned dismount on the Derby Bank. 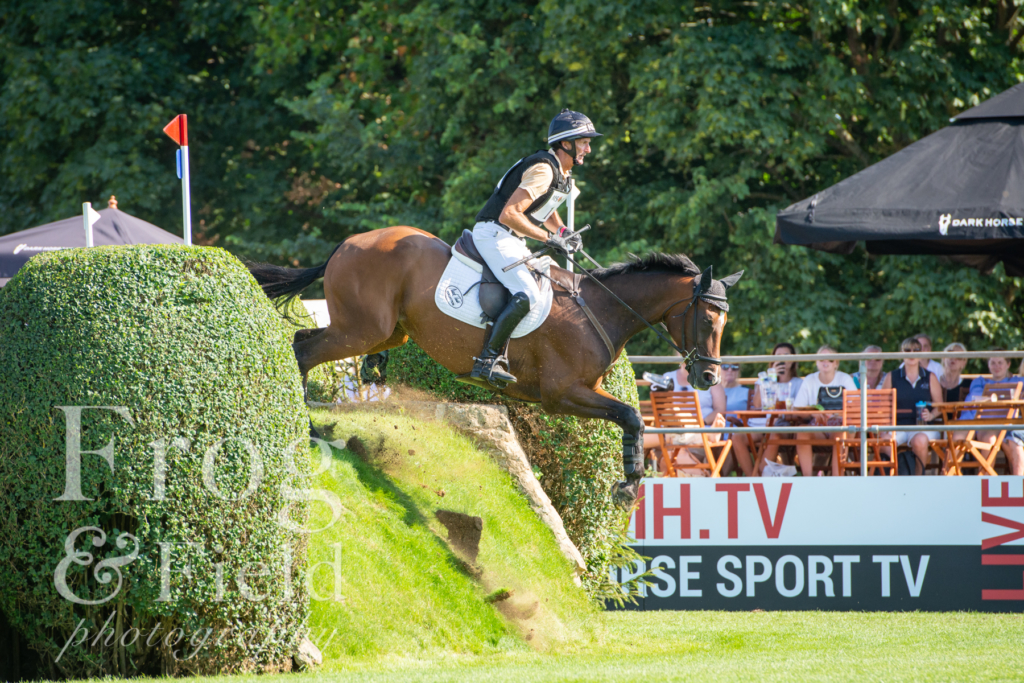 There were a fair few clear rounds but not many could make the time. I have to say I was so bleak that this clashed with Osborne House as I had to choose one or the other. I also think Alex and Alcatraz would have loved the atmosphere and probably been contenders. Vittoria Panizzon eventually stole 5thplace from Tom and then the ladies delivered on the clear rounds. Georgie Strang, Elizabeth Power and Abigail Walters looked like they had the 1,2 and 3. Then last to go was Paul Tapner. Him and Bonza King of Rouges were the winners last year and the heat was on. Going for speed over style they flew round!! King isn’t your classic jumper with reference to style but he certainly gets the job and they shaved 4 seconds of last years’ time to win the double! Cue huge celebrations and nearly a whole lap with no reins-brilliant fun to watch and I’m excited to see this combination at Gatcombe this weekend. 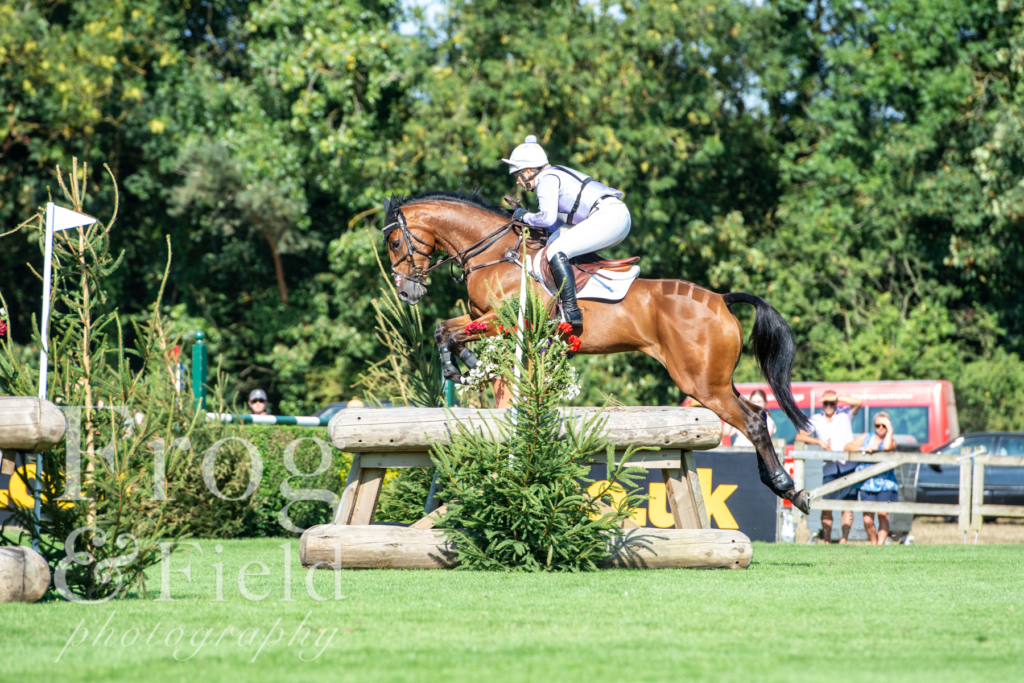 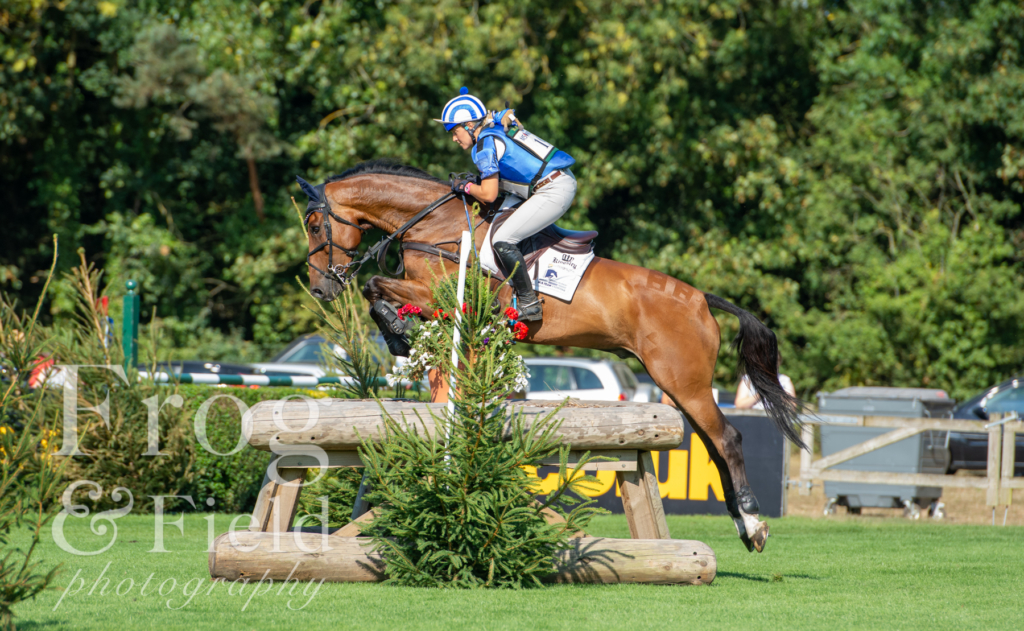 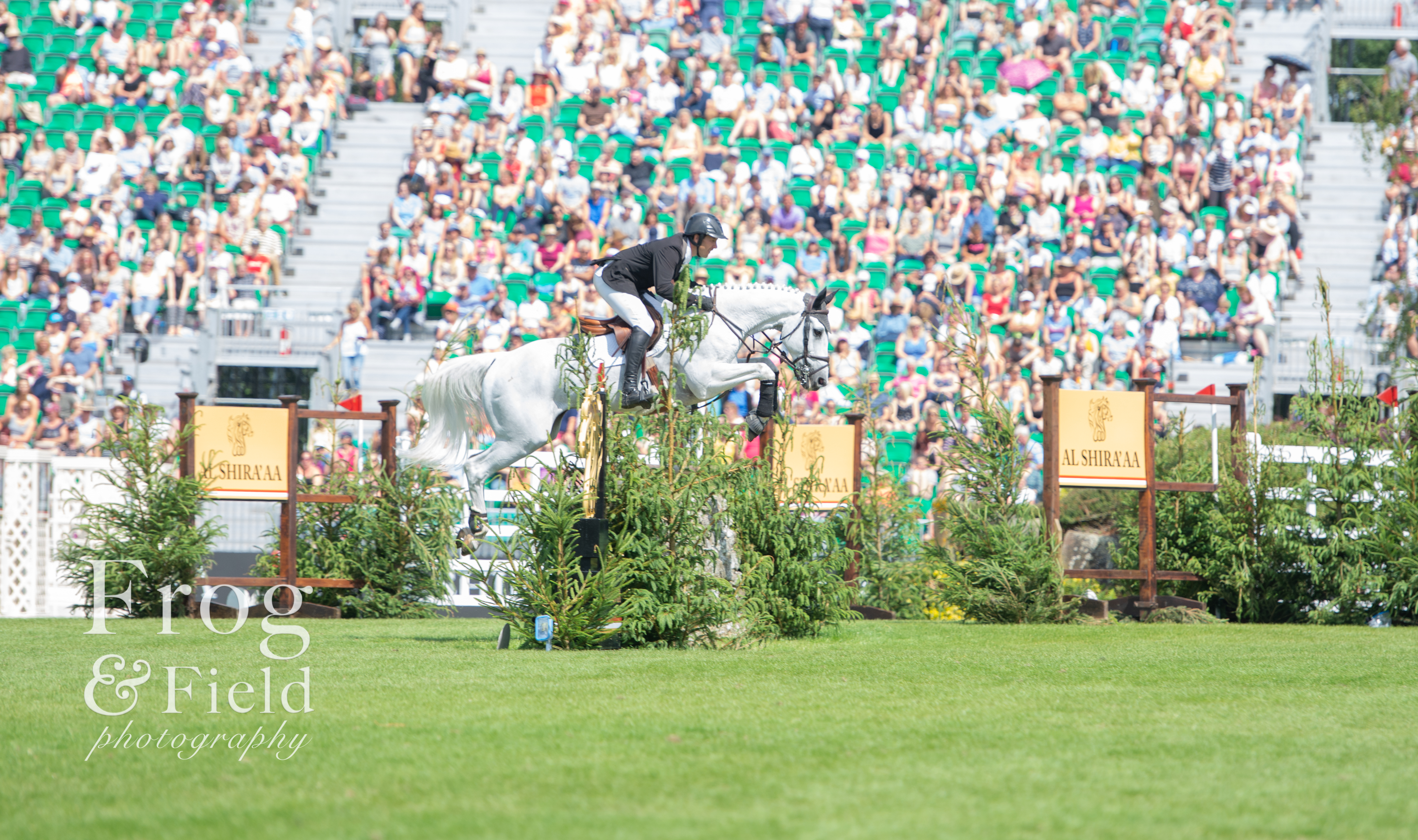